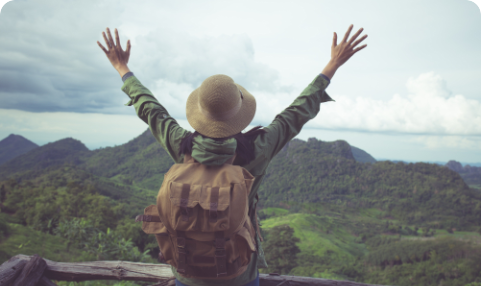 Rituals of Newborn In Jewish Families

The birth of a child is one of the most important occasions for a family and community. The whole family enthusiastically welcomes a new member to their family. The Jewish community observes childbirth as a fulfilling mission of marriage, followed by traditional customs and rituals.

The religious narrative fiction I Am Only Mary, explicates the birth ceremonies of Elizabeth’s newborn child named John. According to Jewish traditions, the families attend the birth of a baby with fervor. They perform devotional prayer at the synagogue and ask for blessings for the mother and the baby from the Lord.

Ceremonies begin with the ritual purification of new mothers. Elizabeth was unclean for 7 days after the birth of her son. When her quarantine time got over, she was taken to the church for ritual purification. The process of purification in Judaism is a form of water-based ritual washing for the removal of impurity. The mother is required to wash her hands to make her body free of uncleanliness, and revitalize her body with up ritual purity and divinity.

Jewish community assembled at the religious place were surprised to hear the name of the boy, named John. They thought the name might be traditional, as they opined there is no one of their kin called John. To let the Jewish community know the truth, Zachary spoke out in faith revealing what scriptures say about prophets and their spiritual role.

He declared, “Blessed be the Lord the God of Israel, He has come to his people and set them free. You, my child, shall be called the prophet of the Most High; for you will go before the Lord to prepare his way, to give his people knowledge of salvation by the forgiveness of their sins.”

The zealous attachment of Zachary astounded the crowd, listening to them at the synagogue. The heart-touching words inspired the gathering. Jewish families celebrate this ancient ritual by practicing various customs. One of the common and traditional ways is to enjoy a festive meal. Jewish people consider it a sacred obligation.

The chapter, ‘Rituals’ explicates the planning of this big occasion. Zachary took the guests to a building to rest. The visitors and the host including Zachary, Elizabeth, Mary, and Jonathan rested. Zachary planned a festival meal for the community the next day in honor of young John’s circumcision. For this purpose, he visited Aaron and Tobias who prepare delicious lamb for a festival meal. After a brief discussion with Aaron, Zachary, Elizabeth, and Mary bought meat, spices, and cheese from the shop.

To further read about Jewish family ritual meals and their hospitality, read the religious narrative fiction I Am Only Mary.

The book reveals Mary’s life and character elements we rarely know about. The stimulating historical narrative has depicted the true character of Mary. The story explains the Jewish culture, people were affectionate and had warm interpersonal relationships with each other. Community people worship their holy rituals and traditions in their daily life.

The mid part of the book deals with Mary’s adolescence when her betrothal process with Joseph was planned. She received a vision from The Holy Spirit that Mary, being a blessed woman will conceive and bear a holy child. Mary visited her relative Elizabeth who was also expecting a child in old age. Readers came to know about Jewish rituals and customs performed by Jewish families after the birth of the child.