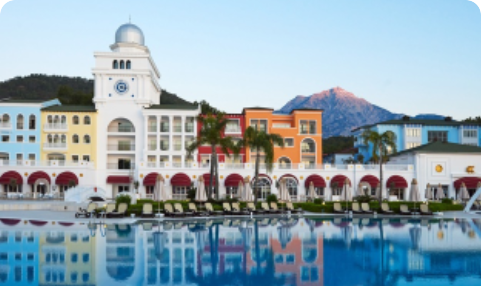 Mary's reaction to her Childbearing

The miraculous conception and birth of a blessed child is a unique and universal event throughout all of human history. God chose a young virgin woman named Mary to bear a big responsibility to bear and raise this child.

The book, I Am Only Mary, written by Thomas Atzberger explores different stages of Mary’s life from her childhood to adulthood, peculiarly covering the events that laid a significant impact on Mary and her family.

As Mary reached her adulthood, her parents began thinking about her betrothal. Joachim planned a meeting with Aaron to discuss the prospect between their children. Mary was excited about her betrothal and developed a mature marriage mindset. She developed new aspirations as she wanted to share new experiences and truly enjoy the best time with her future husband.

While she was busy pondering about her future responsibilities as a wife and mother, she saw a vision by the Holy Spirit that proclaimed the birth of an extraordinary child. God chose Mary as a blessed woman. It was a challenging phase for Mary. In an instant, she felt nervous and feared what she heard. She felt puzzled as her betrothal was about to be taken place. As Mary was raised in the Jewish tradition, she knew well that adultery was a serious offense and the religious punishment was severe, bringing dishonor and shame to the girl and her family. She kept thinking about Joseph’s reaction and how she would convey this unexpected surprising news to her parents and lastly community people will accuse her of committing adultery before her wedding.

Mary was an ardent worshipper, she submitted to God’s Words as she said, I am the Lord’s servant.” She offered herself to God as a living sacrifice. Therefore, with God‘s help, she gained the strength to discourse an unbelievable situation with her parents. Mary defensively spoke to her mother, “I have not had relations with anyone. “The angel said that all things are possible with God,”

The most challenging part was to convince Joseph. The person with whom she developed pure emotions and had an earnest desire to live her entire life being a sincere and obedient wife. As they proceeded towards Joseph’s home to discuss the matter, Mary’s heart sank in despondence and wonderful images that flowered in her mind began to wither. It was hard for Mary and her family to break the news to Joseph. Mary suspected that Joseph would not believe her and he might take the serious decision of leaving her.

Joseph after listening to the stunning news, sharply told Mary and her family to leave. Joseph’s reaction broke down her spirits. It was not easy to experience a hard decision for the young girl but with God’s words, she gained hope, “Nothing is impossible with God.”

When Joseph was taking the final decision of leaving Mary, an Angel of God appeared to him in a dream and affirmed Mary’s story and advised him not to leave her. As Joseph loved Mary, he promptly followed the words of God. Joseph enthusiastically spoke to Mary that he would not leave her. Hearing these words, Mary sobbed. These were the greatest moments of happiness for Mary that took her with surprise and wonder. She felt contented and offered her gratitude to God by articulating her phrase, ‘How wonderful are your gifts, oh Lord.’ As she acquired spirituality, it enlightens her whole life, and she became more mature, wise, and faithful to God’s commands.

Reading the book will help you know the pious role of Mary. The narrative fiction I Am Only Mary by Thomas W. Atzberger makes Mary accessible to us as a fellow Christian, emphasizing her humanity and her virtuous living of the call God gave to her. The book depicts different stages of Mary’s growth from childhood to adulthood when Mary’s Annunciation took place by the Angel Gabriel. Mary’s betrothal process with Joseph was planned. When she received a vision from The Holy Spirit that Mary will conceive and bear a holy child. Readers come to know how this surprising news impacted her life.

The story talks about Mary’s visit to Elizabeth who was also expecting a child in old age and Jewish rituals after the birth of the child. At the end of the book, Mary departed after spending her best time with Elizabeth. Mary felt more confident and strong to execute the big responsibilities ahead. She courageously lived out her life, fulfilling her role as a caring and loving wife, and, ultimately, looking forward to the birth of her child

This book is a must-read. I Am Only Mary is available on different online platforms for readers who have a deep interest in Mary, the mother of Jesus. This book can be read by anyone interested in knowing about Mary’s life. Since the probable details of Mary’s biography are rarely available to the readers, this little history of her probable actual life brings her close to us.