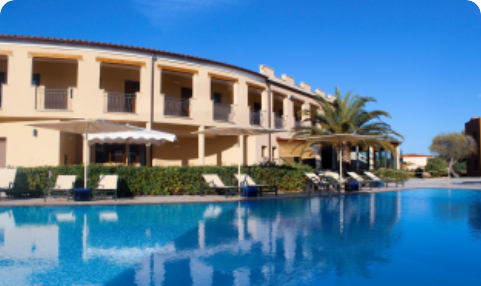 Adultery: An Immoral Act in Christianity

Adultery refers to the illicit physical relationship between a married woman and a man who is not her spouse. Adultery is also known as an extra-marital affair, infidelity and misconduct. The act of fornication is considered a sin in almost all religions. The chastisement for adultery may vary in a different religion, following their religious laws, traditions and legal systems. However, the basic theme remains the same; adultery illustrates falsity, betrayal and violation of nuptial promises.“Thou shalt not commit adultery”, – says the seventh commandment. The Old Testament states, “He who commits adultery has no sense and whoever does so destroy himself.

Adultery is strongly banned in the Christian community as they believe it to be impure, licentious, blasphemous, and a vile lust by all Prophets. It is still considered an immoral offence by true Christians. The churches which deal with adultery, include severe punishment of stoning to death and good counseling and practical tools for establishing new patterns of behavior in people who commit immoral acts. Stoning is one of the primary methods of capital punishment in the Old Testament. Stoning for adultery, according to Christianity, signifies death punishment by stoning for several crimes (Jacobs, 1964) for blasphemy.

Reading of the scriptures and religious books expounds when Mary reached womanhood, and her betrothed had to be taken place. She saw a vision by The Holy Spirit that proclaimed the birth of an extraordinary child. God chose Mary as being a blessed woman. She will conceive and bear a child who will be holy and will be called the Son of God. Mary took her parents in confidence to share unbelievable news following the vision.

Mary spoke defensively to her mother,“I have not had relations with anyone. The angel said that all things are possible with God.”

It was difficult for Joachim and Hannah to believe, though they trusted their daughter, the shocking news came as a deadly blow. It diminishes their happiness and their desire to see their daughter on betrothal. What would the community do when they come to know that Mary is not a virgin? Their serious concern would be the necessary actions they had to take to deal with this situation. While thinking about community people’s reactions, Hannah recalled the adultery punishment scene by the community she watched a few days back. A big crowd had gathered in the Zippori marketplace. The place was filled with stones, the woman was crying for mercy, but she was severely treated. It hit her like lightning that Mary was possible with a child. This alarmed her, and she began to think of how the community of Nazareth would react.

Along with her parents, Mary went to Aaron’s place to discuss this critical matter. It was tough for Mary to explain her innocence to her future husband and his family. Being calmed by prayer and her faith in the Holy Spirit, Mary told her unconvincing story to Aaron and Joseph, who angrily and suspiciously stated that is she with a child, and we expect to believe that an angle conceives it. Joseph reacted furiously and thought of divorcing Mary.

All Mary’s pure emotions and sentiments were crushed as she heard Joseph’s harsh reaction. She broke into tears and felt lonely. However, Joseph was compelled to change his decision when he saw a strange vision during his sleep. The vision confirmed Mary’s chastity and virtue. It fortified Joseph’s heart of not getting afraid to get married to Mary as she has conceived what is in her by the Holy Spirit. Joseph, her future husband, was a righteous man and was unwilling to expose her to shame, decided to keep the relationship and wished to have a decent and respectable bond with Mary.

To further read about the righteous character of Mary, Mary betrothed to Joseph, their marital status and relationship before and after the birth of a holy child, the read the religious narrative fiction I Am Only Mary. The chapter community speaks about Mary’s chastity, her virtuous life and character. Having faith in God and the Holy Spirit, she kept her promise and was able to convince her family and Joseph’s family to accept her as an innocent blessed girl. They respected her virtuous character and unwillingly exposed Mary to face embarrassment in the community. Reading the book will help you know the pious role of Mary. The book makes Mary accessible to us as a fellow Christian, emphasizing her humanity and her virtuous living of the call God gave to her. Mary has been a devout girl who surrendered herself to God’s command and showed her obedience and love for God. As she said, “I am the Lord’s servant.”

Further reading of the book will help you know about Mary’s challenges of facing the tormenting behavior of community people and how she proved her virginity and innocence. Hence, she is known as a living sacrifice.

This book is a must-read. I Am Only Mary is available on different online platforms for the readers who have a deep interest in Mary, the mother of Jesus. This book can be read by anyone interested in knowing about Mary’s life. Men and women, young and old, can gain deep inspiration

I Am Only Mary is available on different online platforms. The book can be read by anyone who has a keen interest to know in Mary’s life. Since the history and biography about Mary are hardly available, reading this prose meditation brings us close to her.

Thomas Atzberger is a retired lawyer from Columbus, Ohio, and has been married to his wife Christina since 1970, with three adult children. Tom is an attorney by training and is a supervisor of stockbrokers. Tom spent the years from 1964 to 1967 in the college level of the Catholic seminary of the Cleveland Diocese, named for St. Charles Borromeo. His faith has always been his guiding star. His inspiration for this work came from his life experience as a husband, father, uncle, neighbor, and relative of many in his extended family. His sentiment is that it is in our daily living we find our vocations and work out our salvation. It was just the same for Mary. Thomas Atzberger aims to make this religious fiction a fascinating, original prose meditation for the readers. The book explores the culture of the times during the life of Mary, the mother of Jesus and provides unique knowledge about Mary’s life that makes Mary’s biography interesting for the readers. Since there is a little history of her actual life, this meditation brings her close to us.